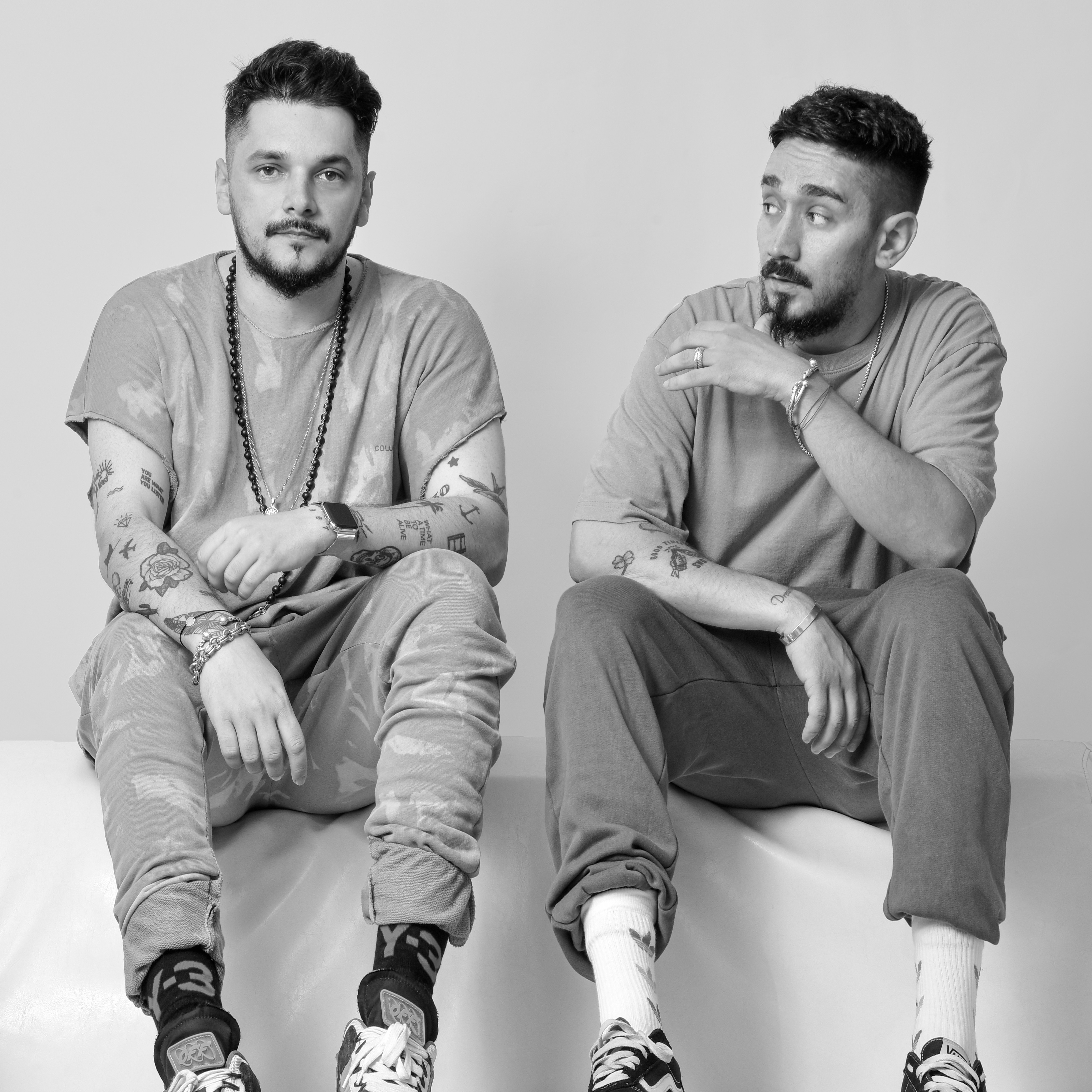 Sllash & Doppe met in the backyard, while playing childhood games. They were not neighbours or friends, but their connection was even stronger, they are inseparable cousins.

Constantly laughing and making fun of each other, their playground moved inside when they received “Dance eJay”, a PC program that caught all of their attention. Many years later they changed the program, but this still remained the activity that they are passionate about until today, producing music.

As they were enjoying every part of it, they’ve put all the fun and good feelings in the music they produced. A lasting and strong relationship was created through music and the two of them realized they’re better together than alone. And that’s how they decided it they would be until the end of.. decks and players.

Today, labels like Toolroom Records, Great Stuff, Glasgow Underground, Safe Music, Kittball and many more are knoking on their door. Their music is constantly found in the sets of artists like Mark Knight, Solomun, Bedouin, Blond:ish, Martin Solveig, Danny Howard, Roger Sanchez and many more.

The playful cousins are now conquering the world, from booth to booth, stopping at the studio in between.