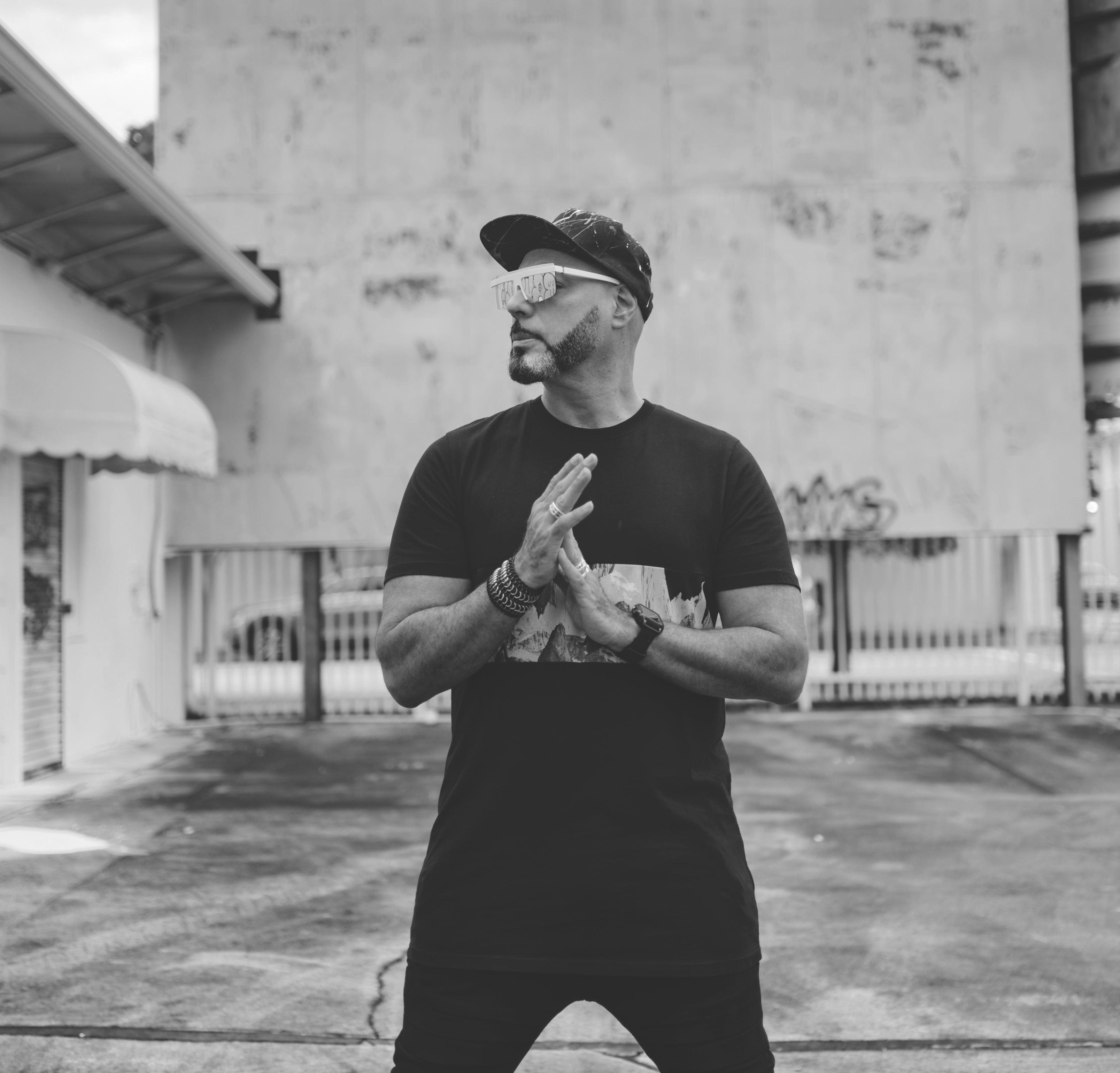 For any DJ and bedroom producer, the ability to “hustle” is often the most underestimated, yet most important factor in determining whether they will fade or successfully make their mark on the industry. Good hustle is the epitome of both the man and monumental career of international DJ, Roger Sanchez. From humble beginnings in New York City, digging in dusty crates of old vinyl and spinning at house parties in Corona, Queens, to dominating the dance floors and headlining festival main-stages in every corner of the globe.

The crafting of Roger Sanchez, the DJ and producer, started in the late 80s, where as a young man he was enticed by the explosion of Hip-Hop that was taking over the city. Embracing the culture as a b-boy and graffiti artist, he would hit parties on the Bronx River, and before long, his friends had him trying his hand on the wheels of steel. In a time and place where Hip-Hop, House Music, and “turntablism” all collided in a perfect storm of creativity and opportunity Roger seized his moment and began to build his empire on vinyl and slip mats, starting with a few singles and expanding into a massive collection of over two thousand original productions and remixes.

Releasing music under a multitude of monikers, including the S-Man, Roger S, The Nu- Solution, Underground Solution, DV8, Ego Trip, El Mariachi, The Funkjunkeez, Tribal Infusion, Twilight and Transatlantic Soul, Roger has been able to maintain the essence of his sound while still using each alias as a tool to expand on various fresh and experimental sounds, allowing him to remain fluid and cutting edge across decades.

So many successful endeavours would have never been possible without a rock solid work ethic, something that Roger prides himself on. From the very beginning, he was a dedicated crate digger, searching for obscure samples and breakbeats in influential NYC record stores like Rock & Soul and Vinylmania. His infallible work ethic, paired with the firm foundation of art and culture that he gained from the Pratt Institute’s School of Architecture took control of the wheel as his passion for music expanded, driving him to start hustling mixtapes on the sidewalks of Broadway in order to finance his earliest gigs. With the encouragement of his father, an engineer, Roger abandoned his plans for a career in architecture and decided to devote all his efforts to his music.

His first 12-inch, “Dreamworld” came out on the Outer Limits imprint in 1990 under the name Egotrip, and was the turning point that shifted his focus from simply playing music to producing. Shortly after, he released “Luv Dancin” for Gladys Pizarro, under the name Underground Solution on the iconic Strictly Rhythm label. It was in 2001 that Roger reached the pinnacle of success, scoring a chat topping number 1 record with Another Chance, which laid the foundation for international demand and has gone on to amass over 35 million streams. Roger hasn’t stopped since, touring the world, releasing a slew of original records and being called upon to remix for a wide range of artists including Michael Jackson, The Police, Diana Ross, Jamiroquai, Maroon 5, and No Doubt, for which he won a Grammy in 2003 for Best Remixed Recording for the song “Hella Good”.

Always motivated by that innovative spirit, Roger was an early pioneer of podcasting and was awarded the first-ever Best Podcast Award at the International Dance Music Awards in 2007. He currently hosts Release Yourself, a weekly terrestrial and online radio show and podcast that features not only his own productions but also features up and coming artists. It attracts over 20 million listeners around the world and is broadcast in over thirty markets on every continent, and if that weren’t enough, he creates many of his podcasts and mixes from the road.

Roger has had a series of releases on influential independent labels such as Strictly Rhythm, One Records, and Defected as well as across the majors over the years. He further extends his influence by helping release the music of new artists on his labels Stealth and UNDR THE RADR.

Known for his busy touring schedule and unmatched skill on the decks, Roger’s travels have taken him to dance floors in the far corners of the world – from Glastonbury to Tulum and everywhere in between. Having prominent residencies in Ibiza since 2000, Roger has graced the booths of Space, Cream, Glitterbox, Defected, Pacha, Amnesia and more.

Of late, Roger has been back in the studio focussing on creativity.  Whether it’s via his recent hit Dream on Me, with Ella Henderson, his charity work or his graffiti and digital art, Roger is always finding innovative ways of connecting with this audience and pushing the boundaries of his craft.

With 2021 being the 20th anniversary year of Another Chance, it is a perfect moment to both reflect on an enviable career as well as look forward with anticipation to what the future holds for this multi-talented stalwart of the scene.  Watch out for new music, collaborations and some projects that you won’t expect!