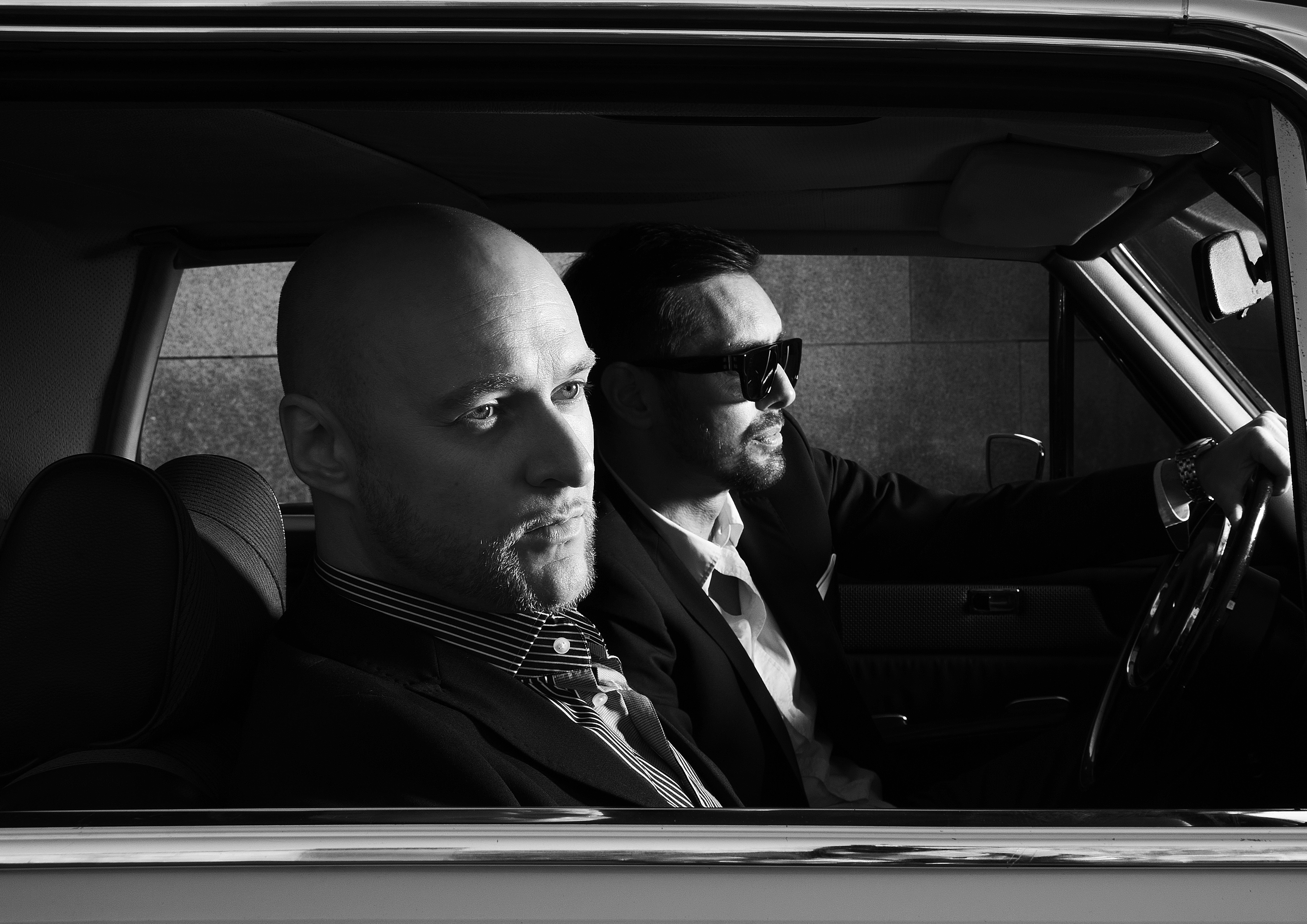 Ruling dancefloors for about ten years now under their conjunctional moniker Format: B and amazing crowds with their trademark MotorFunk-style Franziskus Sell & Jakob Hildenbrand have come a long way musicwise, even before they started to awe punters and DJs alike with their first releases put on the circuit via labels like Highgrade Recordings, Stil Vor Talent or Opossum Recordings.

Both originally coming from a non-electronic background with Jakob starting out playing bass guitar both in Hardcore as well as Jazz and Funk bands whilst Franziskus mastering classical piano lessons soon they were infested by the seductive virus named electronic music in the early and mid 90s. This newly found fascination for a completely different musical environment led the Berlin-based Jacob into his first production efforts with an Atari ST40 + synthesizer set-up whilst Franziskus stepped into the DJ-booth of several clubs of his former East German hometown of Erfurt.

Backed by a history like this their paths finally crossed at Berlin’s school of audio engineering (SAE), where both of them studied to become sound engineers. Soon their shared love of all things electronic music related was unveiled and after immersing themselves in the cities praised, flourishing nightlife as well as some shared studio time things started to fall into place for them, resulting in a project now known as Format: B which has become one of Germany’s most successful electronic acts of the past few years due to a steady string of releases, unique musical vision and an impressive level of consistency provided in the ongoing evolution and progression of their signature MotorFunk sound.

From their early works on Highgrade Recordings, Stil Vor Talent or Opossum Recordings including the massive hit „Vivian Wheeler“ via remix works for acclaimed artists like Sébastien Léger, Paul Kalkbrenner, Oliver Koletzki, DJ Madskillz to their groundbreaking 2008 album debut „Steam Circuit“ once again featuring a massive dancefloor smash named „Edding 500“ the Format: B trademark was all over the place and the pair of producers soon found themselves touring the globe, playing Australia, Asia, the US and South America and – of course – Europe where the Berlin-based Watergate Club turned out to be a firm homebase for Format: B throughout the years.

Inspired by their skyrocketing success 2009 saw the next logical step in the history of Format: B when the
duo teamed up with label manager Hawks Grunert to install their own imprint Formatik Records which has been the exclusive home to all Format: B releases ever since, for their critically acclaimed, forward-thinking sophomore album „Restless“ followed by a triplet of remix singles as well as a string of successful EP’s.

Taking on the challenge of running a label has not only greatly helped to shape and define the Format: B identity and brand on a global scale but also enabled them to prove A&R abilities beyond production skills with a series of signings from their ever expanding network including fellow Berliners Daniel Steinberg and Pan-Pot, Amsterdam’s Sebastien Leger and DJ Madskillz, Italy’s Uto Karem and Hugo or the new talent Tobi Kramer who has been making some waves with his label debut lately.

This impressive artist roster combined with a strong visual identity and Format: B’s impellent MotorFunk-sound usually being on the more technoid side of TechHouse and sporting heavy basslines alongside a supersolid foundation of bassdrums has turned Formatik Records into one of the scenes leading electronic imprints of this time, spearheaded by one of the most successful electronic duos of today that has still a lot more in store for its global fanbase like a furthermore refined sound, new artist signings on Formatik Records and of course another year of extensive touring, that’s about to take them around the world to please the large number of devoted Format: B fans in South America and Australia as well as to many other places on the globe.